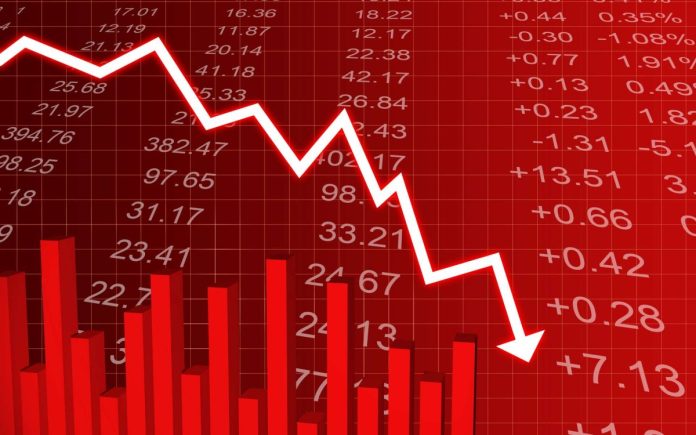 The digital currencies market continues to fall, with the cryptocurrency economy shrinking to $1.75 trillion.

This week has been a bloodbath in the world of cryptocurrencies, with the price of bitcoin (BTC) dragging down all currencies. Today, the entire cryptoeconomy has lost 11% in the last 24 hours. BTC has been on a downtrend since its ATH, and since December 27, 2021, when BTC was trading at $52K, bitcoin has lost more than 32% of its value.

BTC’s market dominance is 39.5%, up 5.33% from January 6, 2022. Ethereum’s dominance, on the other hand, has fallen to 17% and a myriad of other cryptoassets have also lost significant percentages of dominance. Of the top ten cryptoassets, polkadot (DOT) lost the most value during the week, down 32.1%.

The cryptoeconomy lost quite a bit of value last week, and many people are talking about the drop on social media. Vertical trends on Twitter indicate that hashtags like. #cryptocrash y #bitcoincrash are trending topic.

Meanwhile, most cryptocurrency supporters on Reddit forums and social networks such as Twitter have no idea when the fall will end. While several cryptocurrency advocates believe that the bear markets are almost over and that new highs are coming, others believe that BTC could fall even further, below the $20,000 area.

Cryptocurrency youtuber Colin Talks Crypto tweeted that he believes the bull run is not over. “The price of bitcoin has plummeted tremendously,” the crypto youtuber wrote.” Many are scared and panicked. This is understandable. Zoom out. We are still up from the July 2021 crash to $29,000. To me, the bull run will not be over until the bitcoin price is below $29k (and not just a momentary dip below). “

The #bitcoin the price has plummeted enormously. Many are scared and panicking. this is understandable!

For me, the bull run is not over unless the bitcoin price is below $29,000 (and not just a momentary dip below) pic.twitter.com/CgJYmCS7CX

DOGE: Dogecoin plummets to its lowest price in nine months